​Sanspointe is a Birmingham-based contemporary dance company composed of a group of artists with various backgrounds, values, and approaches to working in the field of dance. Together we challenge and inspire each other to create work beyond what we would make on our own. Founded in 2003 by Michelle Hamff, Sanspointe has been dedicated to the art of modern dance and the impact the arts can have on our community. We provide professional performances, community classes, workshops for elementary and middle school students, and much more. We are a 501(c)3 organization, working to make modern dance accessible for one and all. Our mission is to create, collaborate, and connect - with our artform, our fellow artists, and our community. ​

Sanspointe Dance Company was founded in 2003 when Michelle Hamff wanted to present her choreography in a concert. Hamff presented a second concert in 2005, with colleagues Margaret Armstrong, Shellie Chambers, and Rhea Speights joining the company, then presented collaborative concerts with other art groups Synaesthetic Arts and Arova Contemporary Ballet in 2006 and 2007, respectively. Chambers became the Artistic Director in 2007 and began the process of becoming a 501(c)3 non-profit, enabling the company’s budget and artistic output to grow. In January 2008, Hamff, Chambers and Armstrong held the first board meeting for Sanspointe, and in 2009 the company was recognized as a 501(c)3.

In 2011, Speights became the Artistic Director and continued its mission to create, collaborate, and connect through theater concerts, site-specific events, and increased touring events. Taryn Brown, began dancing with the company in 2011 and initiated directorship in 2013. During her time she developed an Alabama tour, multiple choreography salons, and an expanded educational component for the company. In 2015, Anna Foshee and Sara Wallace took on the leadership roles of SDC, continuing the mission of the company as well as expanding its audience.

​Hamff, Chambers, Armstrong, Speights, Brown, Wallace and Foshee certainly could not have sustained the company alone. The contributions from all of the artists who have worked with the company, our donors, board members and YOU – the audience – are the reason Sanspointe has been a creative force for the past sixteen years. Thank you! 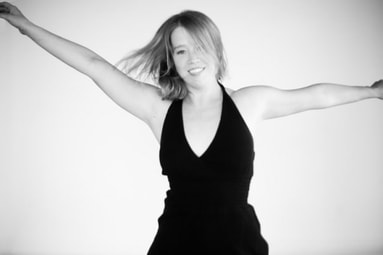 ​Michelle Marie Hamff, a native of Charlotte, North Carolina, graduated from the University of Alabama (UA) Magna Cum Laude with a B.A. in Dance and Minor in Psychology. While studying at UA, she was a member of the pre-professional company, Alabama Repertory Dance Theater and performed with the student-directed company Dance Alabama!.  She received the Lou Wall Award from UA dance department faculty in 2000.  Michelle’s professional training includes work with Celeste Miller, Paul Taylor Dance Company, American Dance Festival, and the Liz Lerman Dance Exchange. Michelle served as the Upper School Program Coordinator, directed the Student Ensemble program, and performed with the school-touring program; “Math in Motion,” at The Dance Foundation from 2001 – 2007.
Michelle was an inaugural recipient of the Cultural Alliance of Greater Birmingham’s Grants to Individual Artists Award in 2007. She Directed the Bumpus Middle School Dance Team from 2014 – 2016 and taught Dance and assisted with the Physical Education and Special Education departments at Trace Crossings Elementary School (TCES) from 2008 – 2017. While at Trace Crossings Elementary, Michelle wrote, applied for and received the Alabama Arts Education Initiative Grant for $25,000 that was awarded to TCES and served as Project Director for grant implementation and the creation of a Dance Lab.  She served as Director of Dance Magnet and Teacher/Choreographer from 2017 – 2018 at Booker T. Washington (BTW) Performing Arts Magnet High School in Montgomery, AL.  While at BTW her choreography “Nothin’ Wasted,” inspired by the Gee’s Bend Quilts, was chosen to be performed at the prestigious annual “Showcase” performance at Troy University’s Davis Theater. Currently she is the Program Manager for Leadership Montgomery “connecting leaders to effect change.” Five-time winner of the Panoply Arts Festival’s Best Modern Choreography Award, she is the founding Artistic Director of Sanspointe Dance Company and currently serves as the President of the Board of Directors.

Meet our board of directors